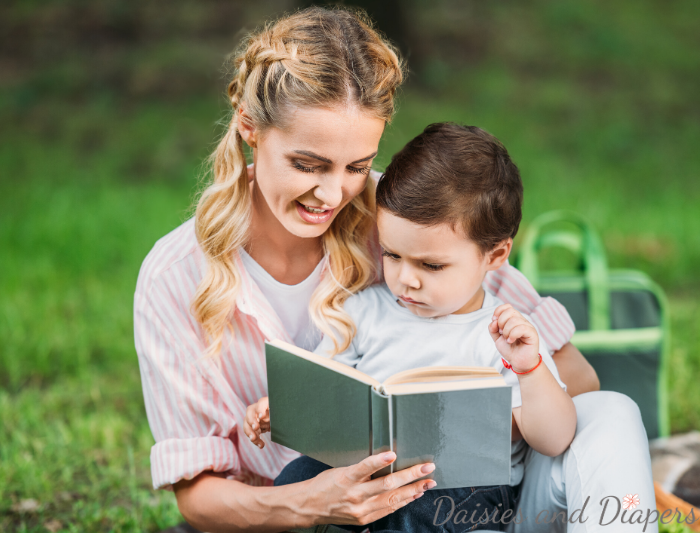 Teaching A 3 Year Old To Read With No Prep

How I Taught My 3 Year Old To Read

Teaching a 3-year-old to read, sounds a bit crazy, right? Well to my surprise it was easy! Now let’s clarify some things… by read I mean she was sounding out 3 letter words by the time she was 3 and a half, allowing her to sound out and read really short sentences.

Before I tell you how we did this, I want to chat about a couple of things first.

Reading Is Not A Necessary Part Of Early Childhood

I do not think children need to learn to read this early and would never encourage you to push this on a child that is not ready.

In fact, I am more for play at this age than formal teaching. In a weird way, that’s actually how this all came about.

While I think we have finally decided that homeschool is going to be the route for us. I wasn’t so sure in the beginning. I’m actually against kids starting school too early. I think the longer they can be kids and not have to sit at a desk the better.

That thought is what lead me to decide that we were going to do Preschool at home. I wanted to make sure we stayed productive and learning easily became a part of our morning routine.

Anyway, let your kids be kids and don’t force them to do things like learn to read if they are not ready. 3 Year Olds Can Learn To Read Easier Than You Think

All kids are capable of learning lots of new information and soaking it up quickly when they are this age. They are like little sponges. I was shocked at how quickly my daughter picked these things up.

I never drilled anything into her head over and over. It all came naturally and has been a WAY easier process than I ever thought possible.

It was never my goal to teach her to read this early. It just kind of happened.

If this is something you are interested in,  just let things happen and don’t force concepts if they are not catching on.

Repetition over time is the key. Move when they are ready and avoid frustration. If your child is feeling frustrated it may lead to a dislike of learning early on.

But on the flip side, I think it can foster a love for learning from the beginning. Keep it light and keep it fun. I know that list does not all seem like your ordinary reading readiness tips, but I’m telling you, those things have been a huge part of my child’s development.

That list includes the things that have lead to her speaking clearly at a young age and lead to her ability to learn to sound out words.

Your child’s brain needs to develop and not be held back. They need to hear their language being spoken and they need to experience the world around them. Exposing them to new words, sounds, and the sensory aspects of their world is going to do huge things for their development.

Exposing them to tons of screen time is only going to limit their development.

If you have a child who can barely talk at 3 years old there is no point in teaching them to read. It will be too much for them and you should refocus on the bullet points listed above. (I realize that there are exceptions… please know that I understand some children are just not to that point and it is not because you did not focus on the bullet points.)

How I Started Teaching My 3 Year Old To Read

I’ve always wanted to make sure I was being a productive mom so early on we started learning to recognize the letters of the alphabet. Then, we moved into learning the sound for each letter, which lead to the ability to sound out words and we have gone from there. Recognizing Each Letter Of The Alphabet

Some time while my daughter was 2 years old she pointed at a sign in Price Chopper and said “Q” I can’t even remember what the sign said, but I do remember that there was most definitely a Q on it.

It was after that day in Price Chopper that I decide to encourage her interest in the alphabet.

I had no intention of her being an early reader at this time.

I did, however, like to do structured activities with her because she could tend to be hyperactive. Having a structure to our day, along with a lot of outside play, has always helped with her hyperactivity and behavior.

I did what any eager mother would do and I took to Pinterest. Looking up fun ways to teach my daughter the alphabet because I wasn’t really about that flashcard life.

Here is what I found that are the best resources and that are simple to implement and follow:

We did some sort of letter activity on most days, but I didn’t force it every day. Sometimes it lasted 5 minutes and sometimes she was super interested in the activity and it would last much longer.

We have consistently done “school” 2 to 4 days a week since she was roughly 2 years old. And by “school,” I mean an intentional learning activity. And like I said this would last anywhere from 1 hour to 5 minutes. Depending on her level of interest. Once my daughter had mastered all of her letters it seemed natural to start teaching her their basic sounds.

She just turned 4 and does occasionally get confused with letters like “m” and “n.” I think that’s pretty normal at her age. Especially when she is rushing.

When we moved to letter sounds I really had no experience and wasn’t sure where to start. It honestly happened by accident.

Somewhere along the line a girl I follow on Instagram started talking about how much she loved the homeschool curriculum The Good and The Beautiful.

I decided to look into it and ended up buying their Pre-K Language arts book.

I was a bit worn out of constantly trying to plan Tot School and digging around for things on Pinterest.

If you’ve been around for a while you know that I like to keep things simple. Tot School prep was starting to get too complicated for me. The Good and The Beautiful seemed like it would be the answer.

It’s an open-and-go curriculum. It’s really simple and tells me and my daughter exactly what to do.

My daughter really enjoys it. She learned and mastered the basic sounds of each letter in the alphabet at age 3 without any prep or experience on my part.

That’s really it… nothing special. I just bought The Good and The Beautiful Pre-K Language Arts book and did what it said to do. After she was done with the Pre-K book I had to decide if I wanted her to move on to the Kindergarten book or if she was going to do the Pre-K Primer book.

Since she was still so young I went with the Pre-K Primer book.

Again, this reinforced all of her letter sounds and then began to teach her how to put those sounds together and read very simple words.

I didn’t do any prep and she really enjoyed these lessons as well.

I should add that I was still finding fun activities to do online. She just loves to learn and do hands-on things. But the pressure to have a plan and make sure I had a Pinterest activity each day was off.

Before I knew it, she was putting together small strings of words and reading very simple short stories.

When you get the Pre-K Primer book from TGATB you can also get their “My First Reading Book.” You use this alongside the lessons and they start reading these really cute and simple stories.

They are the most basic sentences, but it is so cool to see them learn and see the excitement on their faces when you cheer them on for learning how to read.

Our Current Favorite Resources For Reading

Here is a list of all the things I’ve used and some alternatives in case you don’t want to use The Good and The Beautiful.

Where We Are Going From Here

At 3 and a half, we were done with the Pre-K Primer book and she “qualified” to move onto the Kindergarten book. Part of me was really excited about this and ready to jump headfirst into Kindergarten.

Then a louder part of me decided that there was no need to rush. She has these skills and REALLY enjoys learning. But she also gets easily frustrated when things get difficult. I knew things were going to get difficult once we ventured into Kindergarten. So I decided to put it off a while longer.

She will still start Kindergarten a tad early but I wanted her to be a bit more mature and ready for hard work before we do.

For now, we are about to finish up the Pre-K Primer Supplement from TGATB. It’s a PDF that you can purchase and print off. It adds to what you have already been learning with the Pre-K and Pre-Primer curriculum.

I should add… all of this was VERY affordable for homeschool preschool curriculum.

We still do lots of sensory activities. We also have a Kiwi Crate Subscription, so that is super fun to do once a month. It’s a great way to add science, technology, engineering, art, and math into our days.

We are working on handwriting. This was my biggest concern about starting Kindergarten. We hadn’t practiced this as much so I didn’t want her to be behind in this area.

And we read TONS of books and have LOTS of free play. This is what being a kid is about and I believe this will be the pillar of any kid’s success down the road.

Oh and we got a Botley for Christmas. This is a super fun way to start introducing young kids to coding.

Should You Teach Your 3 Year Old To Read

Okay, so what I say doesn’t matter at all. It’s all about what you want to do and what’s best for your kid. You know your kids better than anyone.

If you are working with your child on the alphabet and they catch on quickly then follow the natural progression of things. Don’t hold back because the public school system dictates when our child “can” learn to read.

If your child is easily becoming frustrated with the things you are trying to teach them, then back off.

Remember to not underestimate what these young children are capable of. Their minds are like little sponges and they soak it all in at this age.

Do not teach your kids to read if you are doing it for some competitive reason. Your kids don’t need to be smarter, faster, better than all the other kids. Follow their lead and let them enjoy learning and playing at such a young age.

I’d love to know what your reading journey has been like with your child. I know no two people are the same and everyone’s journey is different. 🙂 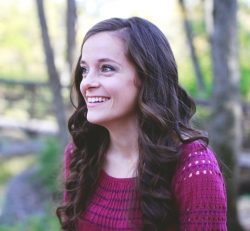 Katie is also the owner and writer of KatiesKottage.com where she shares simple tips that will help you enjoy homemaking.

Katie is the owner of Daisies and Diapers. She loves sharing ideas for spending intentional time with your kids. Katie is also the owner and writer of KatiesKottage.com where she shares simple tips that will help you enjoy homemaking.